Efes is an ancient city and also a modern beer. The city was way better though.

And the dolphins jump.

Back from Turkey I share some thoughts on the Egean Sea brews.


My thoughts on the beer... Good for the climate. 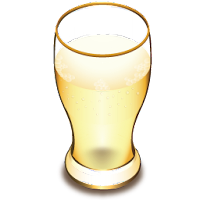 You know it's coming!!!
Autor: girl likes beer No comments:

How did we loose to China...

CHINA'S remarkable growth is as apparent in beer consumption as it is in more formal economic indicators. In the space of a couple of decades the country has gone from barely touching a drop to become the world's biggest beer market, a considerable distance ahead of America. And beer drinking in China is growing fast, by nearly 10% a year according to Credit Suisse's World Map of Beer. This might seem like good news for the four big firms that dominate global brewing. Between them ABI, SABMiller, Carlsberg and Heineken have nearly half the world market. But unlike America and other hugely profitable mature markets where beer drinking has levelled off or is in decline, China's drinkers provide slender profits. Still it remains a market with huge potential, though foreign brewers must now be rather tired of hearing that.

Posted via email from Beer stuff on the web

Europe is a fascinating place to visit, with so many cultures, languages and influences.  One of the most attractive aspects of this old continent, if you love beer, is the fact that Europeans too love beer! While almost every European country has its own national beer, we managed to round up these ten exciting cities where beer is not just a tradition but a way of life. Here are the Top 10 Beer Capitals of Europe:

Famous for its delicious chocolate, Belgium also has a longstanding tradition of producing various types of beers. Over 120 breweries across Belgium produce more than 350 types of beers. This region of Belgium is responsible for the lambic beer – a beer produced by spontaneous fermentation, often with the addition of various fruits. Beer aficionados can start their journey with a visit to the Brugs Beertje (Little Bear) bar, where you can taste literally hundreds of beers typical of this region. They’ll also love breweries such as De Halve Maan (makers of Bruges Zot) and the De Gouden Boom Brewery.

Czech beer is world famous, partly due to the fact that Czechs are the most avid beer drinkers in the world, with 156 liters per capita per year.  The biggest players in the local beer industry are Pilsner Urquell, Gambrinus, Budvar and Bernard. Klášterní pivovar Strahov (Strahov Monastery Brewery) is an excellent place to explore the Czech’s beer history, with a tradition dating back to the 17th century. Novoměstský pivovar (The New Town Brewery) has some great food and delicious beers that will leave you burping of joy. Don’t miss the stronger, dark beers, with as much as 12% alcohol.

Ireland’s capital is most famous for Guinness, a dry stout with a distinctive burnt flavor. Since it first started making beer, over 250 years ago, the Guinness brewery has become the largest in the world and Ireland’s biggest export product. Now, it is produced in over 50 countries worldwide, in various sub-styles. Start your journey with Dublin’s oldest pubs, such as The Brazen Head, Doheny & Nesbitt or O’Donoghue’s. Seeing the Guinness Storehouse is mandatory for any beer lover passing through Dublin.

The Netherlands is home to the famous Heineken and you’ll see this brand proudly displayed all over its capital. The Dutch are huge beer drinkers and offer some exciting bars and local breweries to uncover the history of this mesmerizing liquid. Start beer O’clock with a visit to Wildeman, a quaint little bar offering a superb selection of around 200 beers. Other great stops are Beiaard, offering over 60 tasty beers and Arendsnet, serving unique beers from local breweries.

Brno is home to Starobrno, a beer brewery owned by Heineken and two popular brewpubs, U Richarda and Pegas. The latter is a small private brewery that makes beer right in front of the visitors. The traditional Brno beer is Starobrno, served in draught, with a sweet and rather unusual taste. For even more beer, schedule your visit in March, when the International Brewing Fair takes place.

Apart from the popular Oktoberfest, Munich has some all year round attractions for beer tasters around the world. An experience you should not miss is the beer gardens – small islands of relaxation in the urban jungle, where you can enjoy traditional Bavarian golden drinks. Head on down to the Beer Garden Augustiner Keller, Munich’s oldest, the Aumeister or the Hischgarten. Visit the big breweries such as Löwenbräu, Augustinerbräu or Hofbräuhaus for a firsthand experience of authentic German lager.

Croatia’s capital doesn’t have as strong a beer tradition as Munich or Bruges, but it is definitely worth taking into account. The country’s national breweries are Karlovačka Pivovara, producing the Karlovačko pivo and Zagrebačka Pivovara, makers of the Ožujsko pivo. Another important traditional brew for the Croatians is Tomislav, produced by the Zagreb brewery since 1925. If there is the faintest chance of Croatian beer not satisfying your taste buds, don’t fret because most pubs in Zagreb also serve imported Kriek, Paulaner or Löwenbräu.

When one says København or Denmark, Tuborg or Carslberg immediately springs to mind. But if you’re looking for something more than what you know from home, know that this is the country with the most micro-breweries per capita in Europe since 2005. Carlsberg has recently opened ‘Jacobsen’, a new brew house in Varby that aims to showcase beer culture and produce rare beers for connoisseurs. Special brews can also be sampled at the Vesterbro Bryghus, Nørrebro Bryghus or Brewpub.

Nicknamed the beer capital of the world, Leuven is the home of InBev, one of the world’s biggest breweries, making Stella Artois, Beck’s and typical Belgian beers such as Leffe or Hoegarden. Start your journey at the Old Market square, where most of the pubs and cafes are and head on down to the Domus brewery pub to feel the authentic Belgian beer experience. Domus has a selection of over 60 beers and offers tours to its brewery, producing 1000 hectoliters annually. Some unique beers served at the pub include Ochtend Kriek, St. Adriaansbier and Nostra Domus.

This ancient Polish city with a beautiful medieval center is an excellent, low-cost destination, where beer is less than £1 a pint. To sample some of the traditional products, the Zywiec beer museum is a popular destination amongst beer pros. Tours of Tychy, a city with a long tradition of brewing, are also available, where you can learn about the technology behind beer making, sample a freshly brewed beer and see the premises. Żywiec, Okocim, Czarny Smok and Tyskie are some of the most popular Polish beers found in the pubs around Kraców.

Posted via email from Beer stuff on the web

This is a Flickr badge showing public photos and videos from Girl likes beer. Make your own badge here.